Are you a writer?

If you are…read this. It will save you a MOUNTAIN of headache! Thank you Steven Pressfield!

The Second Act Belongs to the Villain

I learned this from Randall Wallace (Braveheart), who learned it from Steve Cannell, the maestro of a million plotlines from The Rockford Files to Baretta to 21 Jump Street: 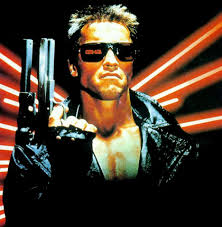 Keep the antagonist front-and-center in the middle of your story.

Why does this work? Because it energizes the narrative. Think about these all-time mega-hits—Jaws, Alien, the first Terminator. The villains were everywhere in those movies and, more importantly, the protagonists were aware of and terrified of them at every moment. Still don’t believe me? Four words:Star Wars, Darth Vader.

I was watching a movie called A Single Shoton TV the other night. Sam Rockwell was the star. I’m a huge Sam Rockwell fan so I vowed to stick with it all the way.

Why? Because the villains disappeared in Act Two.

A Single Shot is about a hunter (Sam R.) who discovers a stash of money in the woods. The Bad Guys are the dudes who lost the cash and now want it back. They should be coming after Sam big-time. But they don’t. Or they don’t come scarily enough or often enough. The result is the air goes out of the movie.

Compare this to No Country For Old Men, a book and film with a very similar premise. But in No Country, the villain Anton Chigurh (Javier Bardem) turns up everywhere, making corpses out of half the population of Texas as he pursues the hunter Llewellyn Moss (Josh Brolin) who has his money. The result: the movie (at least the middle part) nails you to your seat.

This principle—The Second Act Belongs to the Villain—works for abstract villains as well, like the looming market crash in Margin Call. The filmmakers go back to this monster again and again and every time the story gets tauter and the audience gets sucked in deeper.

Or if you believe that the real villain of Margin Call is the impending moral catastrophe embodied in the decision by the company executives to blow up the world economy in order to save themselves and their company (yes, I believe that too), then the filmmakers have answered that as well. Every scene in the second act vibrates with this looming decision and the moral calamity it implies.

The villain in Silver Linings Playbook is not a person or an abstraction. It’s Bradley Cooper’s obsession with getting back together with his wife Nikki.

In other words, it’s an interior antagonist.

David O. Russell, the film’s writer and director, keeps this villain up front throughout Act Two, and it works like gangbusters.

Let’s take a minute and examine how he does it.

Silver Linings Playbook is a love story between Pat Solitano, Jr. (Bradley Cooper) and Tiffany Maxwell (Jennifer Lawrence.) From the moment these two meet onscreen, we know they are meant for each other. We are rooting for them to get together.

In a love story, the villain is whatever person or force is keeping the lovers apart.

In Silver Linings Playbook, that force is Bradley’s obsession with re-uniting with his wife Nikki.

Will Bradley/Pat blow this potentially great thing with Jennifer/Tiffany because he’s so compelled to get back together with his estranged spouse?

Tell me about this Nikki thing. This “Nikki Love.” I wanna understand it.

We have a very unconventional chemistry, it makes some people feel uncomfortable, but not me, all right? Nikki’s the most beautiful woman I’ve ever been with. It’s electric between us! Okay, yeah, we wanna change each other, but that’s normal, couples wanna do that. I want her to stop dressing like she dresses, I want her to stop acting so superior to me, okay? And she wanted me to lose weight and stop my mood swings, which both I’ve done. I mean, people fight. Couples fight. We would fight, we wouldn’t talk for a couple weeks. That’s normal. She always wanted the best for me.

And it’s just as terrifying (to Tiffany) as the shark popping out of the water in Jawsor Arnold Schwarzenegger as the Terminator declaring, “I’ll be back.”

David O. Russell keeps this monster front and center throughout Act Two and, more importantly, he shows us that Tiffany (who’s our hero even if she’s not technically the protagonist) is excruciatingly aware of it and is terrified by it.

When Pat reads a letter that he believes was written to him by Nikki, the camera holds not on his face but on Tiffany’s. We see in her eyes how much she loves Pat and how scared she is of this Monster that lives inside Pat’s head.

Keep the villain up front in Act Two.

Shawn’s most recent post, in this space last Friday, was titled “Go Dark.” I second that emphatically. If you want to energize your story, make the monsters as scary as possible and, as Steve Cannell and Randall Wallace attest, make them the stars of Act Two.