I took this quiz, about identifying famous first lines in literature. It was fun, but I didn’t score very well…three out of ten, but they DID tell me I was “elementary, my dear Watson” and gave me a cool screenshot of Robert Downey Jr. as Sherlock Holmes, I suppose to represent me. I liked that… 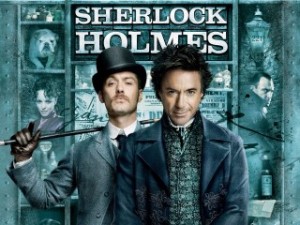 Our audience is not like the audiences of years past, and we see that in other forms of media too. No one wants to wait 3-4 years for the next installment of Star Wars movie (although they WILL, but you’ll hear serious grousing about it.) Wait more than 6 months to release another hit song and you are yesterday’s news. Don’t look over your shoulder because your replacement is hot on your heels. Ours is an instant gratification society. The sequel better be out next year in the least. (Think Hunger Games and Harry Potter).

The same goes with books. If you’re writing a series, try to have the sequel out no less than a year later to keep the momentum going. Oh, and I’m guilty of NOT doing that, by the way. (Imagine a sheepish shrug right about now…)

So back to first lines. First lines are like a song hook, only your reader doesn’t get a nice little ditty to build up to it. It takes more focus to read than to listen. The first line you write may be all your audience reads, until (and IF) they read the second line…and the third. So, why not make it a good one? Just to make sure they read the second one, and the third, and the 20th thousand.

So good luck and happy writing! Oh, and can you guess which first lines go to my books?

“The ship is small, not intended for deep space travel, really.”

“Ravan sat in the grave, arms around his brother.”

“The girl stood at the edge of the woods…”